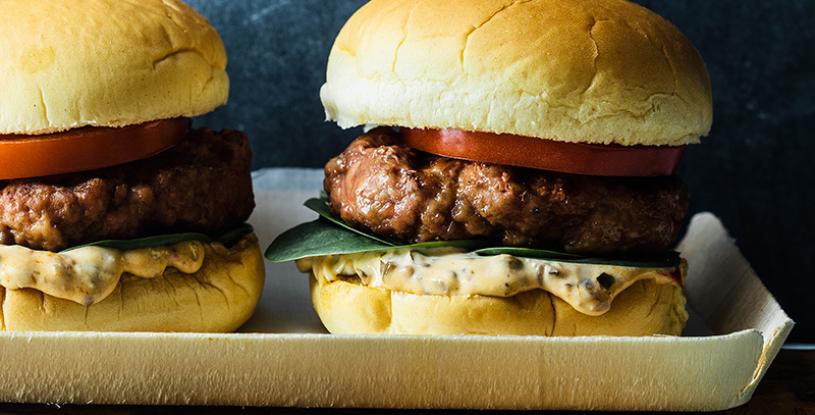 Beef. It’s still what’s for dinner in many U.S. households, but increasingly supplemented with alternative protein sources. Environmental concerns – about greenhouse gas emissions and the resources required to sustain animal agriculture -- are fueling consumer and scientific interest in harnessing new sources of protein.

To date, there has been some success in creating lab-grown “meat.” One such product line is Eat Just, featuring “meat” grown from animal cells without slaughtering the animal. Another alternative uses space-related science to produce “air-grown meat.”  According to Food Business News (November 25, 2019) the Air Protein company “uses a proprietary probiotic process that transforms the basic elements found in air, including carbon dioxide, oxygen and nitrogen, plus renewable energy, mineral nutrients and water, into protein.” The process is described as similar to making yogurt. And now, there’s another technology that uses the vegetative part of fungus, or mycelium, to “replicate the texture and mouth feel of whole-cut meats,” according to developer At Last Food Co.

These are noteworthy developments, capturing early investors, including leading food and ingredients companies, and generating discussion among interest groups ranging from environmentalists to animal welfare organizations. But the question remains: Will they make the move from the laboratory to the dinner table any time soon?

The World Economic Forum is doubtful, at least where cell-created meat is concerned. In an overview of the technology, it noted: “While the signs are promising, for now it seems there are (a) few technological and marketing hurdles to overcome before cultured meat will be feeding people – at scale – in (the) future.”

The promise of plant-based protein is easier to identify. A survey of 1,009 U.S. adults aged 18 and over conducted by the International Food Information Council and released in January 2021 found that three in four respondents identified as omnivores (those who eat both plants and animals). Other findings:

Clearly, there’s significant opportunity for food products created with plant-based textured proteins such as the ProTerra® line from MGP. From proven textured wheat protein to newer gluten-free textured pea options, ProTerra is ideal for creating meat alternatives and meat extensions that replicate the texture and mouthfeel of meat.

And ProTerra, backed by MGP food scientists, is not just an idea in a laboratory. More than a dozen formulations for meat extensions and 20 meatless formulations are available as a starting point in the MGP “meat laboratory.” Food developers can use these, or collaborate with the MGP team to create customized formulations, to get products to market quickly and seamlessly.

That’s good news. Consider this assessment in an April 2021 Vox article: “…It’s worth noting that this new generation of the plant-based food industry is still in its infancy.” Now is a great time get a new plant-based “meat” to market.